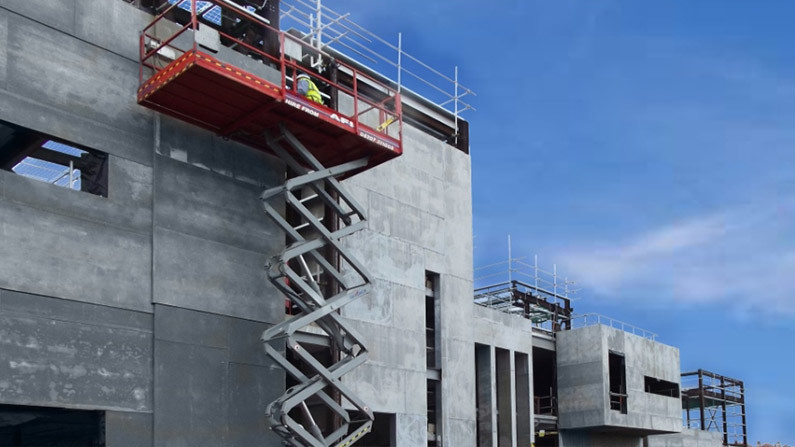 Gogarth School (Ysgol-Y-Gogarth) is situated less than 300 metres from Llandudno Bay, with no barriers or windbreaks between it and the sea, making exposure to the elements particularly problematic. What’s more, the UK’s weather is becoming increasingly harsh and unpredictable. According to Met Office statistics, 2012 was the second wettest year since records began. And March this year was the coldest since 1962.

John Sheeran, Contracts Manager at Sound Interiors Limited, said, “The biggest challenge of the project was the weather conditions we encountered over the nine-week programme. We were informed of the temperature dropping as low as -12 degrees on some occasions, not to mention the prevailing winds. On a few occasions our supervisor and I had no choice but to take the decision to abandon our works.”

John continues, “In addition, the majority of the steel framing we had to fix our boards to ‘installed by third parties’ had massively varying stud centres.”

By specifying Euroform’s Versapanel, the fully external cement particle board, both challenges were overcome.

The varying stud centres issue was easily addressed by the availability of Euroform’s Versapanel in a 1200mm x 2800mm size. “Using this size board reduced waste that would normally be generated when using a 2400mm x 1200mm board,” said John.

The problem presented by the inclement British weather and the close proximity of the sea was also resolved by Euroform’s Versapanel.

Technology and Construction, in their BRE Digest 447 Part 3, recommend cement particle board ‘where there is a special requirement for moisture resistance.’

This requirement for moisture resistance doesn’t simply apply to a board’s performance in the completed building; it is also a critical factor during construction. Euroform’s Versapanel can be exposed to extreme conditions indefinitely and, even when soaked, will dry out and maintain its original robust performance.

A robust, versatile building board with the full support of the Euroform technical team, Versapanel proved to be the perfect solution to the challenges faced by Sound Interiors on the Ysgol-y-Gogarth project.